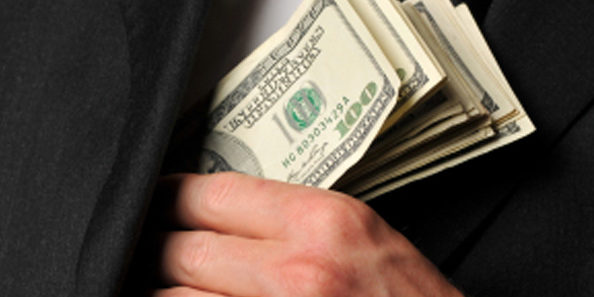 Day after day the purchasing agent for packaging lines came into work with his middle class car. For 25 years he had been working for the pharmacy company and always contacted the same producers from all over the world at the same point. He was involved in deals worth millions. The minor employee drove a hard bargain, for which he was appreciated by the chairman. However, at some point producers started to complain they weren’t able to deliver any longer for such dumping prices. There were rumours about a corruption fee of ten per cent. When the chairman suddenly discovered that his “modest” employee had built a villa and started to pursue extravagant hobbies, even he became suspicious – and got in touch with KDM.

Investigations revealed that the purchasing agent was blackmailing all the suppliers. He only bought from those who transferred 10 to 20 per cent of the machine price to his bank account in Switzerland. This way he had accumulated millions over the years.

This is a typical case of corruption, which could be unravelled by the investigations and resulted in an instant dismissal of the employee. Moreover, KDM, together with the company’s lawyers, was able to confiscate a major part of the bribes and recover them, as requested without calling in the public prosecutors and without causing a public scandal.

Do you have an anti-corruption organisation?
Can you be sure that it is operating effectively?

Our KDM security experts unravel cases of corruption and advise you on communication and motivation when dealing with your employees.